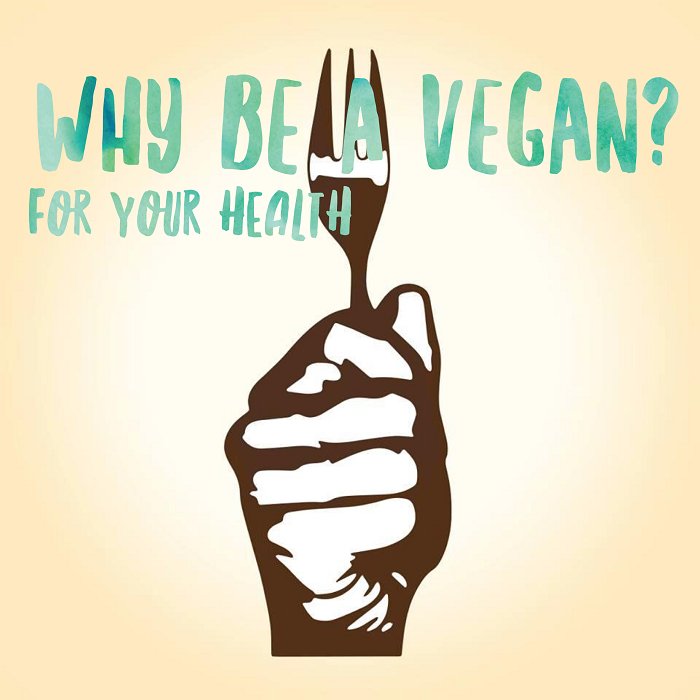 “I’d be a vegetarian if bacon grew on trees.” – Homer Simpson

Last week I looked into the environmental affect the meat industry and animal agriculture have on the plant ( See post here) This week I wanted to explore all the health benefits that are supposed to come with removing animal products from your diet. I decided to start off with another documentary. I have heard amazing things about the documentary Forks Over Knives and decided to give it a watch. I got a lot of great information from Forks Over Knives, but this one was mixed up with a little more fiction mixed in.

The film’s producers call it a movie that “examines the profound claim that most, if not all, of the degenerative diseases that afflict us can be controlled, or even reversed, by rejecting our present menu of animal-based and processed foods.” Through the film we are introduced to many of the patients that were part of Dr. Colin Campbell and Dr. Caldwell Esselstyn studies into the effects of removing animal products from diet of hearts disease patients.

Dr. Campbell started a program in the Philippians where he was trying to improve the lives of malnourished children by filling their diets with more protein. While in the Philippians, Campbell came across a study done in India where lab rats were feed two different amounts of protein that are found in animals, 20% and 5%. The result was that the rats that ate the 20% had begun to develop liver cancer, while the rats that ate the 5% showed no signs of liver cancer.  He repeated the Indian experiment including some variations. Campbell completed his research with a large scale collaboration with a Chinese doctor on a study of different Chinese community diets. After several years of recording data and making sense of the results, Campbell, with the help of others, discovered the effects that different food have on the overall health of the body. Overall, Campbell learned that eating plant based foods resulted in the least amount of health problems.

Now enter Dr. Caldwell Esselstyn, physician at the Cleveland Clinic.  In 1978, when Esselstyn was chairman of Breast Cancer Task Force at Cleveland Clinic, he was unhappy that he was only treating people who were already ill and not looking into preventative measures. So he got to work rummaging through cancer statistics. ” Dr. Esselstyn also discovered that in the 1970s, the risk for heart disease in rural China was 12 times lower than it was in the US. And in the highlands of Papau New Guinea, heart disease was rarely encountered. The link he noticed between all the areas he studied was simple. ” And what was that difference?  Esselstyn: “Virtually the Western diet was nonexistent. They had no animal products. No dairy, they had no meat.”

Because of these findings, Dr. Esselstyn took 22 advanced CAD patients and put them on a whole foods, plant-based diet. He evaluated the candidates over 5 years and ultimately ended up with 18 patients, after 4 withdrew from the study altogether, 11 of whom halted their disease.

The message of the documentary I can get behind right from the start is how a healthy lifestyle – diet and exercise – is the best way to a healthy and happy life. When I first read the title I thought it suggested that you should be eating foods that only require a fork over those that need a knife – salads over meat. But, what the the title really says is that food should be our source of healing our bodies, not medicine or “going under the knife”. This is a message I can stand behind!

I really liked all of the studies done in China and the Philippines. These studies showed how the people all of these cultures have faced increased disease as they have had access to more animal proteins.

One of the largest errors in the presentation of the findings is that all of the results are attributed to the removal of animal products. Most of the patients in these studies were people who were eating animal products, but they were also eating lots of low-nutrient, high-crap foods too – aka fast food/ processed foods. As amazing as the results were, it is hard to confidently state that it was a direct result from the animal products, as they do state.

While the documentary featured a lot of great information, my research after watching the film provided hole into some of their larger statements. I really liked how the documentary wasn’t extreme in the way it tired to get you to adopt to their ideals. In the last film, they pretty much said if you do not turn into a vegan right now then the world is going to explode. It even stated that you couldn’t just do if a few days a week, it had to be 100%. This kind of scare tactic might work for some, but I feel like it gives a lot of people and excuse to say no all together. This documentary provided the facts to you and let you make your own decision.

In case you want to check out the film of the books mentioned above, I have them linked below.

** This post contains affiliate links. Thank you for supporting this blog**

There was an error retrieving images from Instagram. An attempt will be remade in a few minutes.